While Nintendo has been flying the charts every week, for some time now and with the (moderate) improvement in the availability of next-gen consoles, games, especially those from PlayStation, are appearing more and more in them. It is now 2 weeks in a row that Mario Strikers: Battle League Football occupies first place in the ranking of video game sales in France, will it continue this week?

To find out, as you know, every Monday, the SELL or Syndicate of Leisure Software Publishers, publishes on its site the Top physical sales of video games in France. This week, we can discover the classification for the week 25 of 2022, namely from June 20 to 26, 2022.

What are the best-selling video games for Week 25? 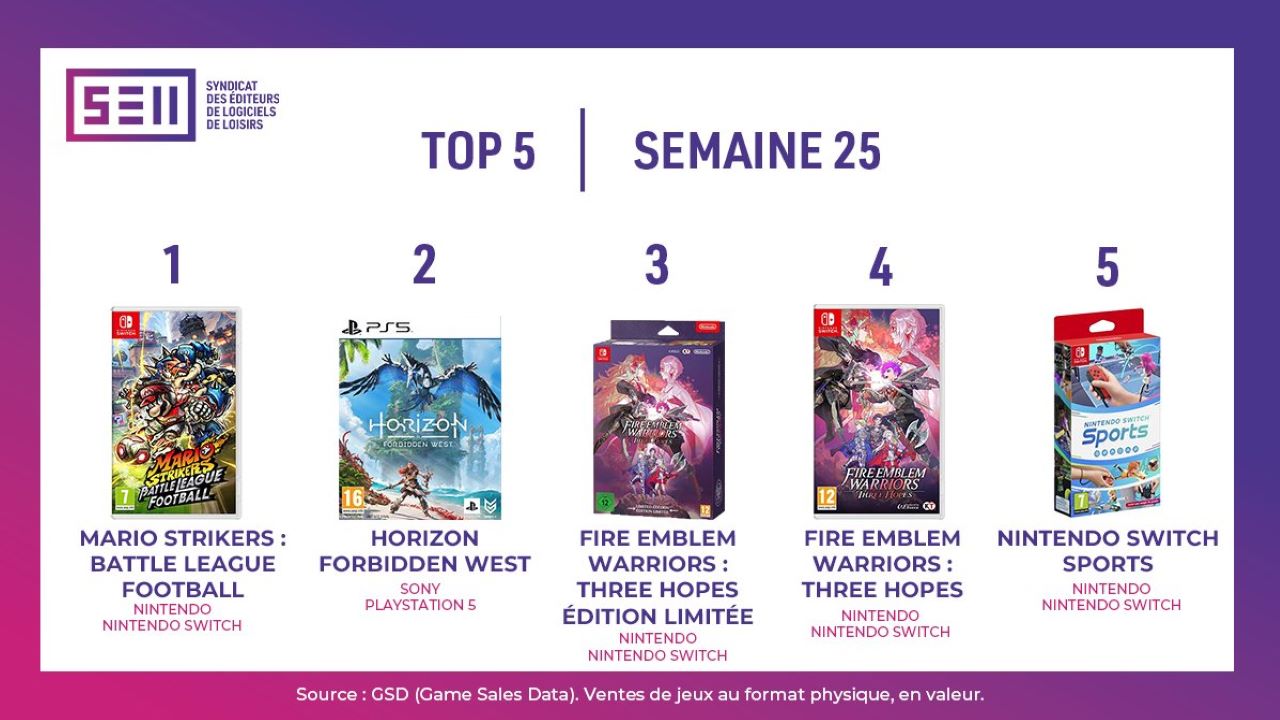 Mario Strikers: Battle League Football ranks for the third consecutive week at the top of the ranking, proof of the strength of this new game in the Mario universe. We also find the surprise Fire Emblem Warriors: Three Hopes who find themselves twice in this week’s ranking, a game that will have deserved a good note in our columns.

The top 3 by platform

Each week, the SELL also prepares rankings for each separate platform.

From next week, we will present the ranking of physical sales of video games in France for the Week 26, namely from June 27 to July 03, 2022.